It was a hectic news week. The S&P 500 and NASDAQ hit a set of new all-time highs as Wall Street and global central banks focused on Federal Reserve rhetoric from the virtual economic symposium at Jackson Hole. Geopolitical uncertainly in Afghanistan increased as ISIS attacked the Kabul airport killing 13 American Marines and several civilians.  In Washington, politicians continued to debate the Infrastructure spending bill.  News that the FDA had given Pfizer’s Covid 19 vaccine full approval coincided with data suggesting that delta variant infection rates had peaked.  Economic data on the week was, for the most part, better than expected, and corporate earnings and news seem positively skewed. 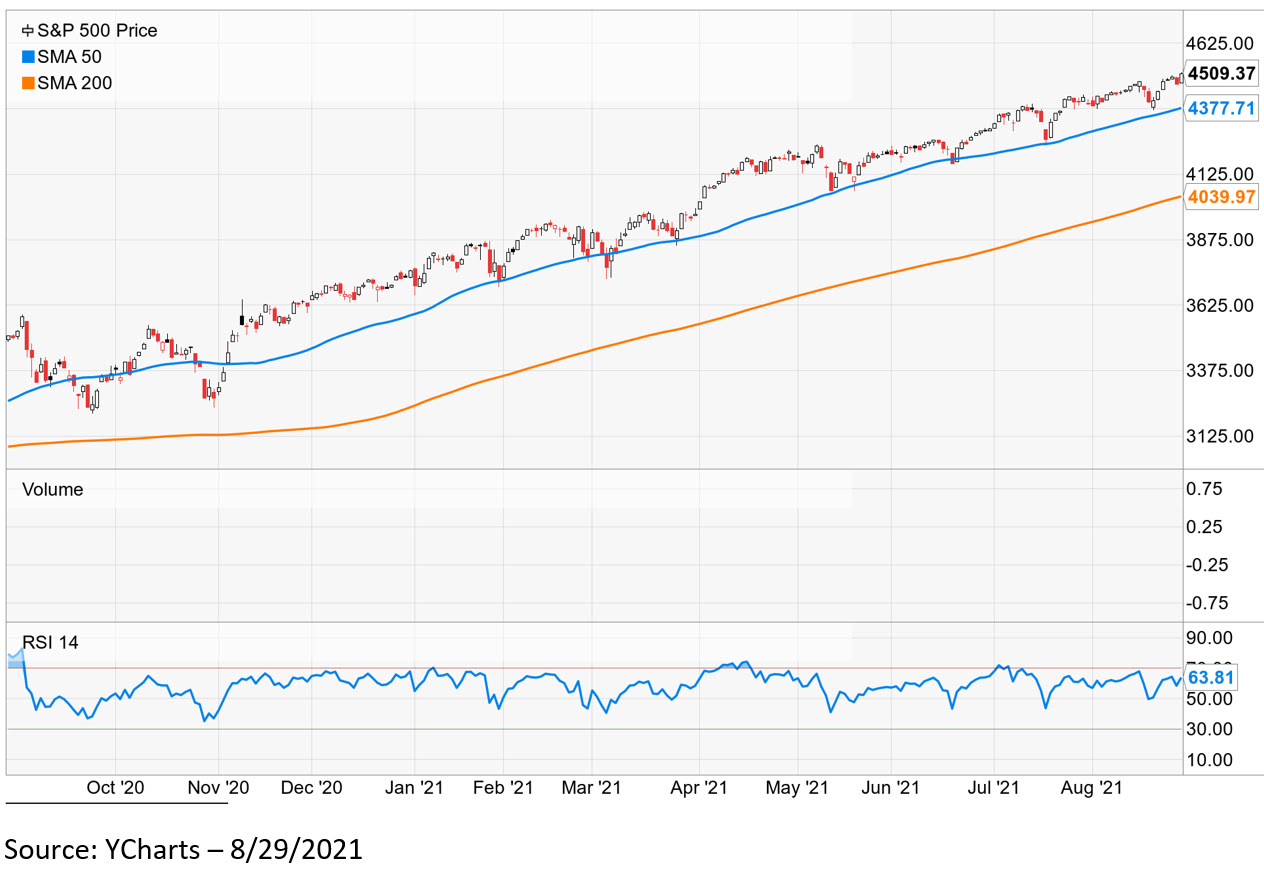 Wall Street was focused on the Federal Reserve throughout the week as the Kansas City Fed held its Jackson Hole Economic Symposium virtually.  Over the week, investors heard from quite a few Fed Governors and what they heard was it was time to start tapering the Fed’s $120 billion a month asset purchase program sooner rather than later.  J Powell spoke on Friday and offered a more balanced tone.  Concerning inflation, the Chairman acknowledged that we have made “substantial further progress.”    The Chairman suggested we had made “clear progress” on the employment front, but more progress was needed.  Powell also reiterated that even if the Fed began tapering its QE program, financial conditions would remain accommodative.  His speech calmed markets and helped push equities and Treasuries higher on Friday.

Economic data for the week was better than expected.  Preliminary PMI data for the US and Eurozone suggested that the Manufacturing and Service sectors remained in expansionary mode.  Existing Home Sales and New Home Sales beat expectations coming in at 5.99M and 708k, respectively.  Initial Claims came in at 353k, and Continuing Claims fell to 2.862 million.  University Consumer Sentiment for August came in light at 70.3 versus expectations or 70.5.  August Personal Spending and Income came in better at 0.3% and 1.1%, respectively. Finally, Producer Prices were in line with the street forecast of 0.4%.